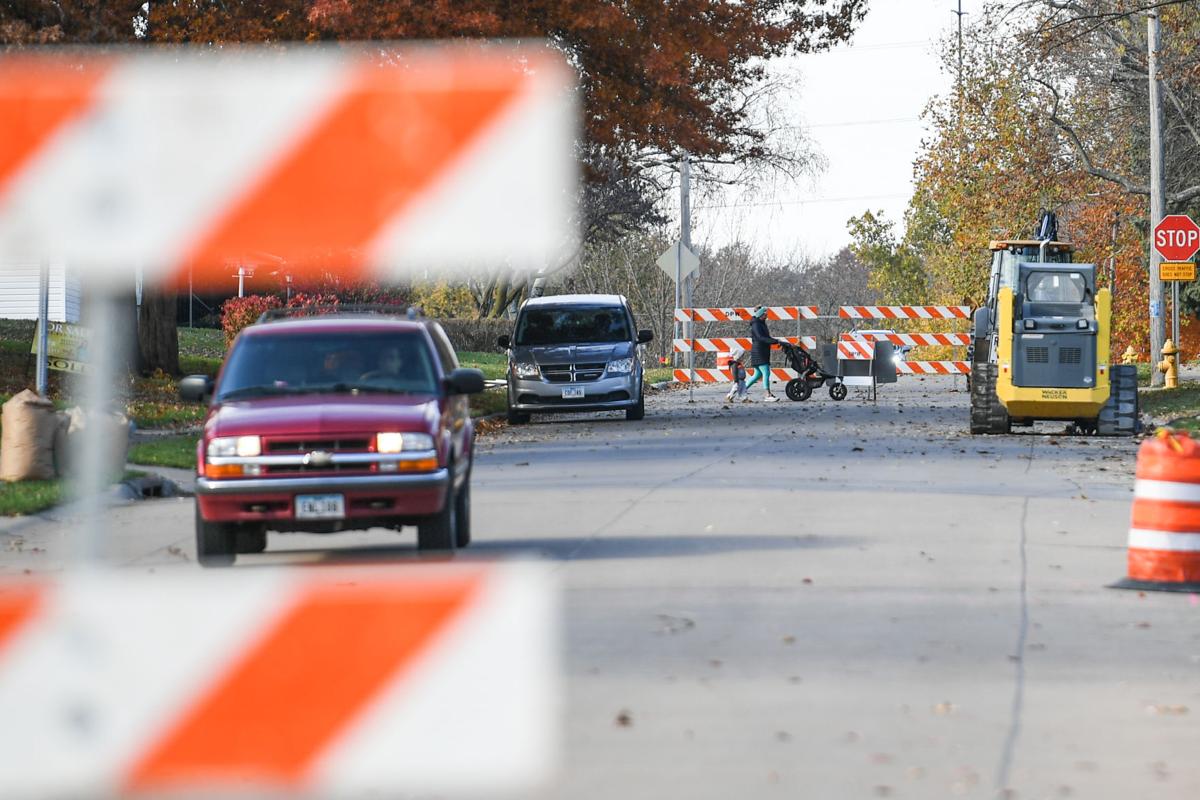 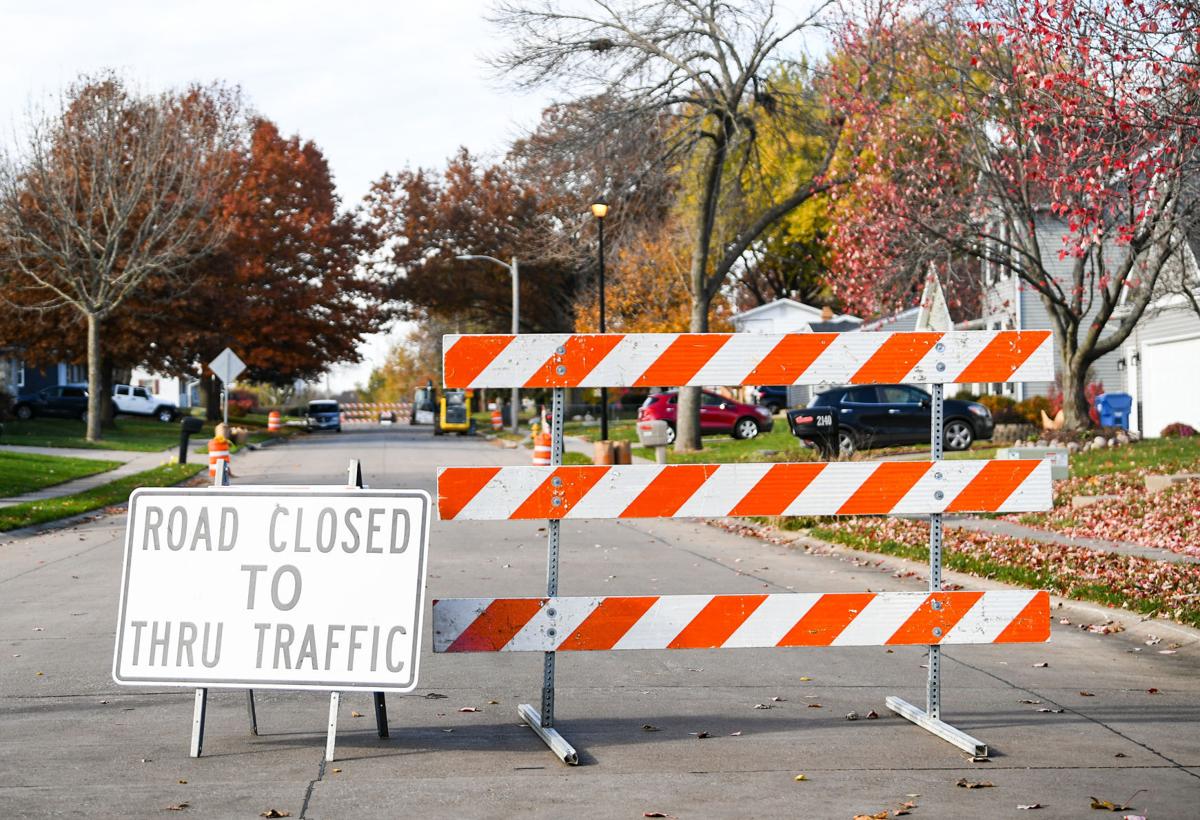 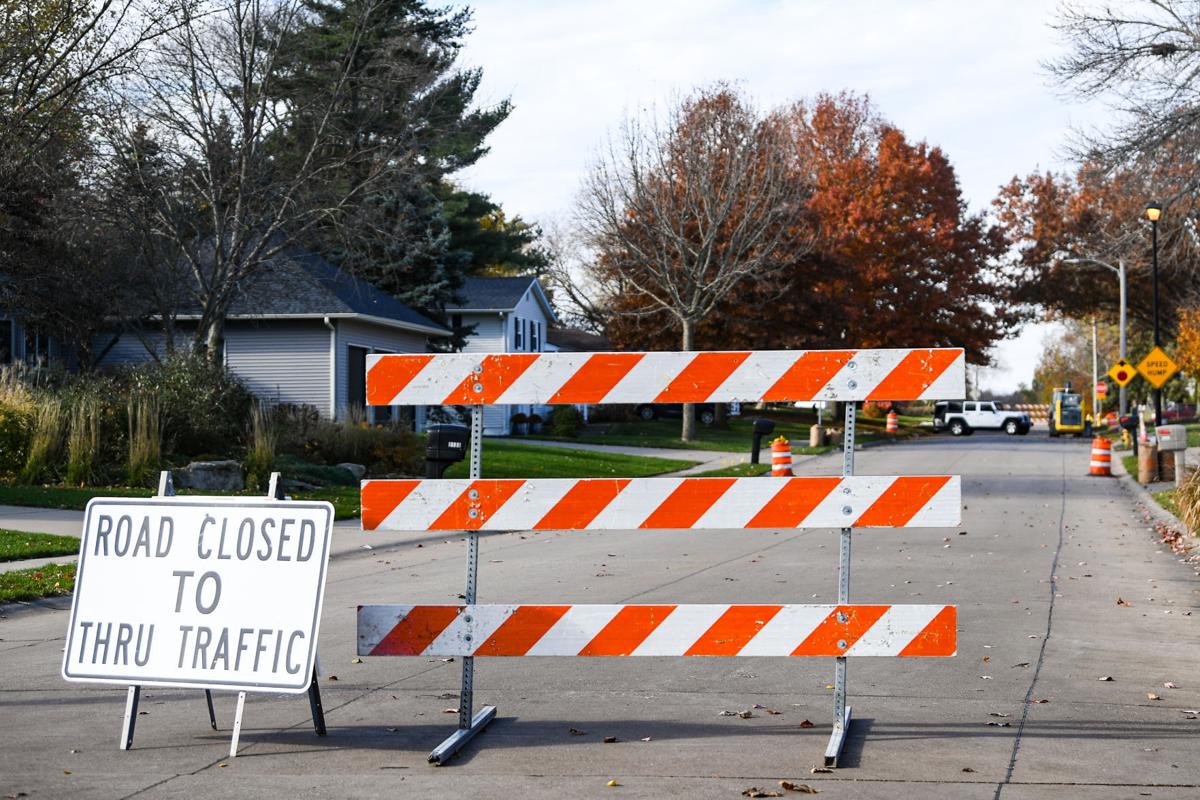 The city blocked off 31st Street and Belle Avenue so workers could install speed humps.

The project is intended to reduce vehicle speeds and cut through traffic on 31st and 32nd Streets from Eastern Avenue to Belle Avenue.

"Snow and ice removal will also be tracked this winter, and staff will report back to the City Council on the effectiveness of the calming measures," Schadt said in an email. "If successful, public works will provide criteria for traffic calming installation to the council for their review as well as a proposed CIP project for installation" elsewhere in Davenport.

Aldermen awarded a $53,780 contract last month to Langman Construction of Rock Island to install five speed humps each on 31st and 32nd streets.

Speed humps are areas of pavement raised 3-4 inches high and 12-14 feet wide. Often accompanied by pavement markings and signs to alert motorists, they're typically used to deter cut-through traffic on low-volume residential streets with a maximum posted speed limit of 30 mph, according to the National Association of City Transportation Officials.

The speed humps force drivers to reduce speed by inducing shocks and vibrations to the vehicle passing over it at higher speeds.

"It's a smooth transition so it's not jarring (like a speed bump), but provides an elevation difference where it slows down speeding vehicles," Schadt told aldermen during a briefing about the proposed pilot project in July.

Schadt said the traffic-calming measures worked best on long, wide streets that didn't have much on-street parking. But, he added city engineering staff would develop a scoring system to evaluate each street based on traffic volume, tracking drivers' speed and whether it's near a school or bike path, among other factors.

Some aldermen, though, expressed reservations about approving the pilot project absent a policy with criteria to assess which neighborhood streets would qualify for the traffic-calming measures. Alderman Marion Meginnis, Ward 3, worried the traffic-calming measures would be reserved for Davenport's more affluent areas and ignore traffic-safety needs in older parts of Davenport. Other cities typically have assessed property owners to pay for similar projects.

Aldermen Kyle Gripp, at-large, and Ben Jobgen, Ward 6, said they chose the east Davenport neighborhood to pilot the project after being approached by residents in the area in favor of the traffic-calming measure.

Schadt estimated about 2,000 vehicles a day travel on that span of 31st and 32nd streets, with a sizable number of drivers traveling in excess of 15 miles per hour over the 30 mph posted speed limit.

"The biggest complaint that I've heard from folks is this didn't start in my neighborhood first," Gripp said during an Oct. 20 City Council meeting. "So there seems to be a lot of demand for this program, and I think this is a good, logical way to roll this out. I understand the equity issues. ... But, with this, I think we need to roll it out to a targeted area. We need to check for how effective it is. ... And we have a neighborhood that very clearly meets the criteria, and a very engaged neighborhood."

Watch now: Icestravaganza at the Freight House in Davenport

Watch now: Icestravaganza at the Freight House in Davenport

Get Government & Politics updates in your inbox!

Stay up-to-date on the latest in local and national government and political topics with our newsletter.

Davenport moves ahead with new plan to slow speeding drivers

What you going to do with all those humps? Davenport eyes new plan to slow speeding drivers

Davenport aldermen met Tuesday to receive a brief update and discuss a proposal to slow speeding drivers on residential streets.